Run - To throw your weight around

Last month - I ran in Tughlaqabad with a group of folks and I started chatting with one of them - Shivam, about why he was running. He was really fit at 70 kilos and what I thought would be small talk, literally floored me.

He told me he was 145 kgs earlier - I did not believe him! And then he told me he was 145kg exactly a year ago and that 'today' was his anniversary run. Totally incredible!! I asked him to email me his story and his pictures and here they are - they tell the story better than anyone else can. Read this and then check out the pictures of progress

At that time, I was the boy who ate until my stomach hurt, who slept like there was no sun-rise, who preferred to lie down rather than sit, whose favorite apparel brand was Plusss Size. I used to think that I could not go on and life was nothing but an awful song. I was stuck with a poor self-image.

That day, on the track, I felt like an Alien. At 5'7" and 146 Kg weight, I thought I didn't belong. I was full of doubt and I was cold. I was worried about what the future holds.
The night before I saw tears in my Father eyes because of his overweight son. I was rudely awakened by the rejected feelings that surrounded me that night. Somewhere the hurting must stop...and I was determined to take myself to the limit.

But I soon realized that it’s not going to be easy.
I said to myself - "take it easy and don’t look into the people eyes who were looking down at me." As I ran my first round of park, I found nothing broken, nothing burst, heartbeat steady. So I tried another. And another.

There were days when I felt like I got knocked down but I got up again. I Ran, I Swam, I Gymmed .I got support from my mother for dieting.

I ended up weighing 115 Kg within two months. It was then when I decided to meet this biggest challenge head on and not only overcome my obesity,but conquer it in such a way that I could never look back and say it disabled me. My heart was on fire, I had the strong belief that now no force on earth can stop me from achieving my dream. I fought with my weight by running, Gym, dieting just to kill that bloody fat to survive. I pushed myself until the end but never lost the grip on my weight loss mission.


Now I have found a joy that jumps over sadness. I have found a strength that stands like a mountain. Now I know the meaning of life. I'm leaning on the everlasting Fit life.
I‘ve achieved 70 Kg weight something that for me was once only a distant dream reserved for the world of miracles.

I have found, I've found Myself!
I am Running And Living"

This is inspiring - many of us have a health issue or something that is holding us back, and have a story to tell, where running has made a difference. Go ahead and post your story. Inspire othrrs to change their lives.

Or email me with your story and I will spread it for you.
For more about the benefits of running -
http://runningandliving.com/running_living.html

Have fun on the run

Posted by Rahul Verghese at 10:33 No comments:

Running in probably the most beautiful half marathon in the world

I have run marathons in various countries in 6 continents, and some half marathons, but last week, when I ran the course we have set for the Shimla Half Marathon, I found it breathtaking. Both literally because of the altitude and the gradient in parts, and figuratively because of the natural beauty of "The Queen of the Hills" and the historic buildings of "The Summer Capital of India"

Here is a pictorial view of the route - enjoy the run!! 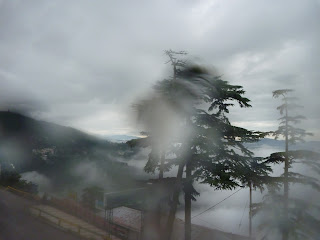 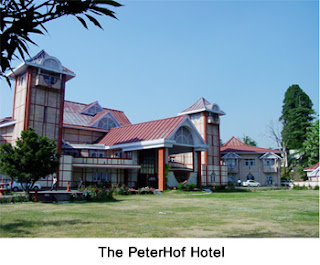 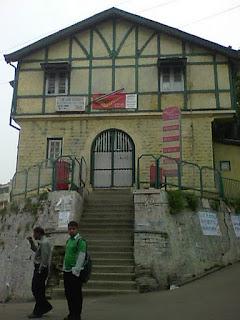