We did it - Click on the title and it will take you to the Comrades Results page where you can input any runners name and get their results or get details on the winners - they of course are from another planet.

Tanvir and I ate an unlimited pasta dinner which finished by 7pm and went on to watch the French open matches in the room after that to let the food settle. Crashed by 9pm and were up at 2am. Had a hearty breakfast of various cold cuts, 2 glasses of fruit juice, 2 half boiled eggs, toast and bread - to get ready for the 89km party.
The bus ride of an hour and a half was tough as we once again saw most of the route we were going to run up and down - The Down run is deceptive as there was a heck of a lot of uphill climbing, involved in this run - perhaps 200m of what I wd call flats and the rest was up or down.
Like for any other major run, as soon as one gets to the start line I stand in the loo queue. A must do for any of you doing the same, else you may repent in leisure.
The excitement at the start was palpable with the greatest number of international participants starting - around 1000 in the field of around 20000 odd final starters.
More details and snaps and videos soon, but this is the list of what I ate/drank during the day:
Water - around 4 litres - 100 ml at a time
Energade sports drink - around 2 litres - 100 ml at a time
Coke - yes Coke - 1 litre - 100mk at a time - it was great - I would drink before a walk section so I cd burp it off but it felt good
Oranges - around 2
Bananas -2
Loads of salt
Boiled potatoes 4
Granola Bars - 3 - one every 20km till around 60km
A couple of almonds and raisins every km or so - around 100-150gms each
I think I put on weight during this run.
Now after a cold tub preceded by a brisk walk back to the hotel - am looking to hit a pub but need to find company.
More later, on the race itself - eating and drinking well before and during and after a race is critical.

And now check out the video I pieced together with snaps and videos I took during this amazing 89km experience -
Posted by Rahul Verghese at 00:05 3 comments:

Comrades S Africa - The afternoon before

Tanvir and I have been carboloading with care so today all hell broke loose as we entered a KFC for lunch and let our guard down. In any case we have an unlimited pasta load at 630pm at our hotel later today so we justified the binge! Will be waking up at 2am - there is a breakfast spread for the Comrades folks at this hotel where we are - Tropicana - and will be leaving in the bus at 3am - to Pietermaritzburg - 90km away - thats the capital of the province -Kwazulu Natal. This is the place where Gandhiji was taken off the train and that changed the course of history in India and later S Africa.
Comrades starts at 530am and closes with a gun at 530pm. Anyone coming in a second after, unfortunately cannot finish!!
The hotel is filling up with both Comrades runners and supporters as well as World Cup Soccer enthusiasts over at the weekend to watch some friendly matches.
Posted by Rahul Verghese at 16:49 1 comment:

Durban it is now. Landed in good shape last evening as 3 glasses of red wine killed whatever had been troubling my stomach for the previous 2 days. I was feeling better by touch down and bade a tearful farewel to the Emirates loos which I had visited so often - just wished they had seat belts so that I wouldn't have had to keep going back to my assigned seat!!
A run on the beach strip, starting from the Hilton was a great refresher, then went to the expo which was as expected - well organised and reasonably big and informative.
Looking forward to the trip to Pietermaritzburg tomorrow morning when we get a guided tour of the 89km route. The computer at this biz centre cannot take in any snaps so I guess will have to upload those later.
But the Comrades fever is picking up now
More soon
Posted by Rahul Verghese at 00:57 1 comment:

There comes a time in everyone's life when you are faced with a seemingly impossible task. Really Huge. And then just before you set out for the final push, something happens and it feels even more impossible. And butterflies set in - loads of them.

That's how I'm feeling at 1am, in Gurgaon, sitting in my kitchen at home, waiting for the cab to take me to the airport. I don't know whether it's the heat or something I ate a day or two ago which has been giving me those 'egg burps' today. Even thought I felt a touch feverish.
And then I know I have to be even more careful and sensible - will probably take in some bananas at the airport today. 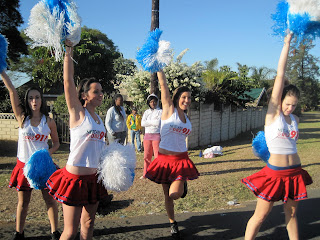 I have trained reasonably for this 89km run on Sunday the 30th but I know that if I don't feel well enough at any stage I should not push myself. Makes me feel a little queasy at this stage. but.....

And there is a really cool way to track people at 7 points along the course by just inputting the chest numbers on the comrades.com website
Here are the details in case you are interested.

My Bib Number is 29408 and apparently you can track the race online:

Comrades now running on a PC near you Running fans in South Africa and across the world will again be able to follow the Comrades Marathon race coverage online at www.comrades.com this year, the 85th running of the historic race.

Apart from watching the coverage, courtesy of Mr Price, users will be able to see live Twitter feeds at #comradesm2010 and track runners with the “Track Your Runner” application, developed using Silverlight.

Silverlight is a free, cross-browser, cross-platform rich media plug-in and has become the platform of choice for delivering live and on demand streaming video of sporting events, including the 2008 Beijing Olympics on NBCOlympics.com, where 52.1 million people logged on to watch 9.9 million hours of video.

People wishing to watch the Comrades coverage online or use the “Track Your Runner” application will need to install the free Silverlight plug-in, which is a 5.6MB download available on www.microsoft.com/getsilverlight/

Fast facts:
· Watch the race on SABC 2 or watch online at www.comrades.com on Sunday, 30th May 2010
· Online race feed is from 5:10am-6pm (GMT+2)
· Follow us on Twitter with #comradesm2010 athttp://twitter.com/comradesm2010
· Install the plugin at www.microsoft.com/getsilverlight

Comrades Marathon 2010
www.comrades.com
// Provide alternate content for browsers that do not support scripting // or for those that have scripting disabled. Alternate HTML content should be placed here. This content requires the Adobe Flash Player. Get Flash

Have fun
Got to go- the cab should be here any moment now - actually it's a bit late
:-)
Rahul

Running And Living in Mumbai

Confused? That's fine - so was I. Went on a blind date yesterday to Borivali National Park to meet Giles - a highly enthu runner - with his shock of white hair - he could pass off as 65. Started chatting with him on the train en route for the run and doscovered he was almost 55. Started running and then he looked 45. He used to be 80kgs at around 5'7' and would be wedded to his drink every Sunday evening 7pm - 4 years ago he kicked
that part of his habit, started running, ran the half marathon and shed 15kgs. Thats what running can do - change lives while making you younger. Was wonderful running in Borivali National Park going up to Kanheri Caves - met Snehal - from Reliance Private Equity at the gate too, and the three of us started off slow - I started v slow as I had slept just 4 hours after meeting with friends the previous evening and then getting up at 4am. We runners go for anyone in shorts and running shoes!!

Oh the Mumbai humidity had me drenched and my shoes felt I had run into the sea and were squishing around. Luckily we were doing just a short 12km run as I was tapering off for the Comrades on the 30th - but I was drained - hopefully putting it down to lack of sleep and the heat and humidity. Would strongly recommend this place to ALL those in Mumbai and anyone passing through. Infact several Mumbai wallahs I know, have never been there- in fact the evening before one friend jokingly asked me - why are you running in far North East Maharashtra - just run on Marine Drive Yaar. My response now would be - You don't know what you're missing.

Went to Aarey Colony on another blind date and ran with Ram who is a Company Secretary and has his own practice and with Sumil who is with HDFC in the Corp Investment Bank. This too was great on the scenic quotient with it's wide open spaces, pasture land and buffalo sheds, as we cross cross several roads and trails as we drenched ourselves in sweat again. This is another must run to, place in Mumbai.

The train rides always give one the quintessential experience of what Mumbai is all about - from the Clapping Hijra who was collecting money to the guy selling calculators and making it sound very compelling - 12 digit, solar calculator - eco friendly - big easy to read screen and square root at the touch of a button and he went on eloquently as he sounded as if he was selling the latest and coolest iPhone - the best sales guys I think are on the Mumbai locals - where you have 15 - 30 secs for a compelling story, else it's the next compartment - companies looking out for good sales skills should look here.

Posted by Rahul Verghese at 11:41 No comments:

Running And Living May 2010 Gurgaon.m4v

Posted by Rahul Verghese at 08:17 No comments: